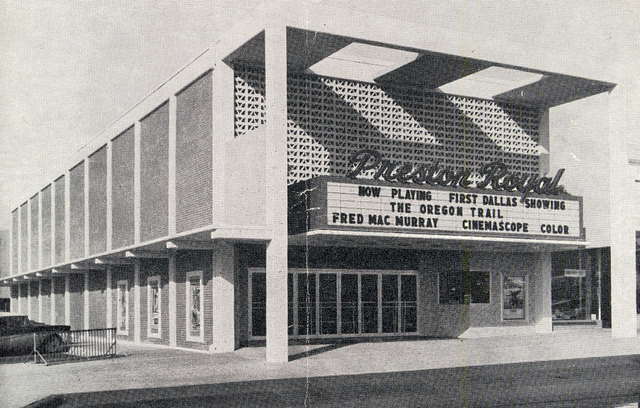 These pictures bring back many memories. I lived on Azalea Lane, a few blocks north of Preston Royal Shopping Center and the theater. Mr. Jones was the manager with his wife managing the concession stand. Gordon McClendon would stop by every Thursday night to inspect the theater and employees. We dressed in red coats and black pants and tie. Evenings were attended by people dressed in style. Early matinee’s were attended by mostly kids and teens. Working there was a treasure never to be forgot,