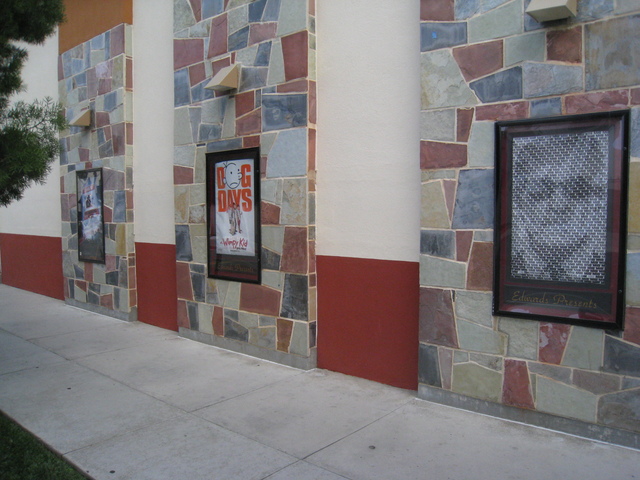 This shot was taken on the southwest side of the building. The films depicted here are films that have not yet been released but are coming soon.

The posters shown here are “Neighborhood Watch”, “Diary of a Wimpy Kid: Dog Days” and “Men In Black III”.