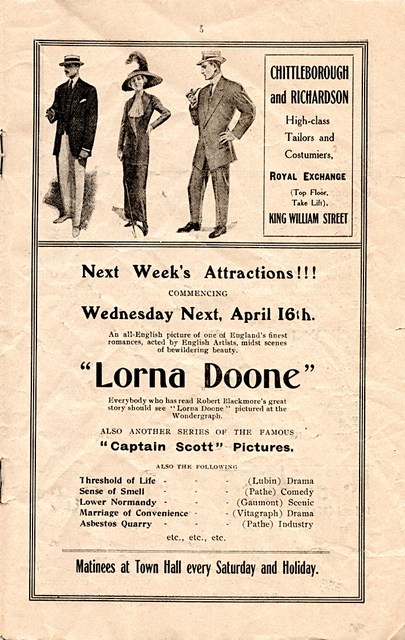 The Coming Attraction: A version of a literary classic without the use of the spoken language in which it was written. Those who have enjoyed silent pictures will know that many of them were works of art which, with the assistance only of the occasional subtitle, told the story remarkably well. It was the silent picture which built the great picture palaces of the golden era of cinema.