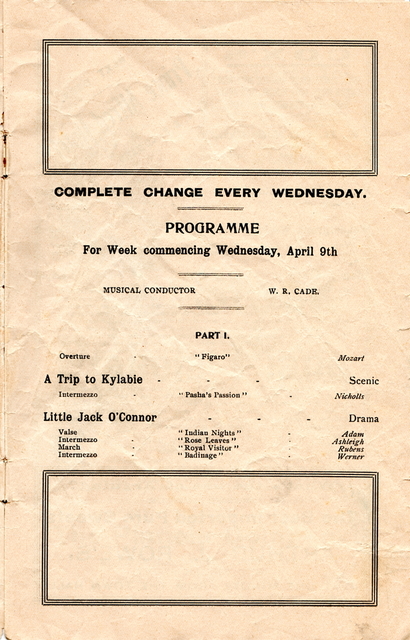 The date of this programme has enabled the year of its production to be identified. Wednesday, 9th April was in 1913.

The range of largely classical music played by the orchestra during the films gives a clue as to why so many people, including my parents went to the movies. The quality of the music was a very big factor. Mr. William R. Cade, a native of Adelaide, later conducted the large orchestras of the Regent Theatres in Adelaide and then in Melbourne. I have a film of him conducting the Melbourne orchestra in selections from ‘The Desert Song’. He later returned to Adelaide as resident conductor of the South Australian Symphony Orchestra.