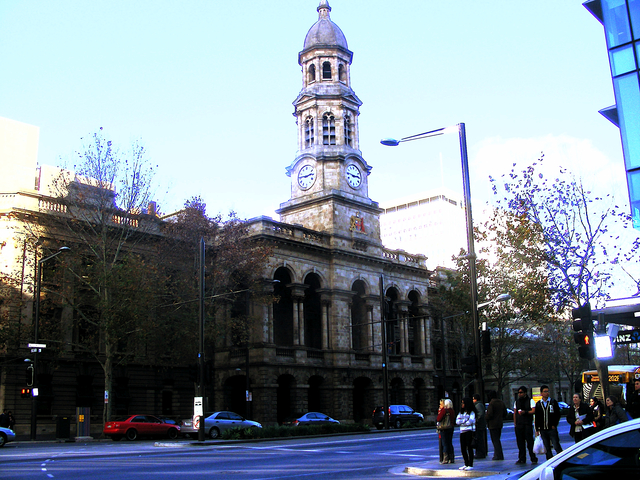 This photograph taken from the corner of Waymouth and King William Streets, shows the fine renaissance architecture of the Town Hall. The Albert Tower, named for Queen Victoria’s consort, houses a peal of eight bells which can frequently be heard over the noise of rush hour traffic as the bell-ringers come from Saint Peter’s Cathedral to add to the ambience of a very beautiful and civilized planned city of one and a quarter million people.

The loggia balcony is the site of civic receptions. Queen Elizabeth has stood there, and a different kind of ‘royalty’, the Beatles, waved to their largest ever crowd packed into the 132 feet (40 metres) wide King William Street below them.

A statue of Queen Adelaide stands in the marble lined foyer.