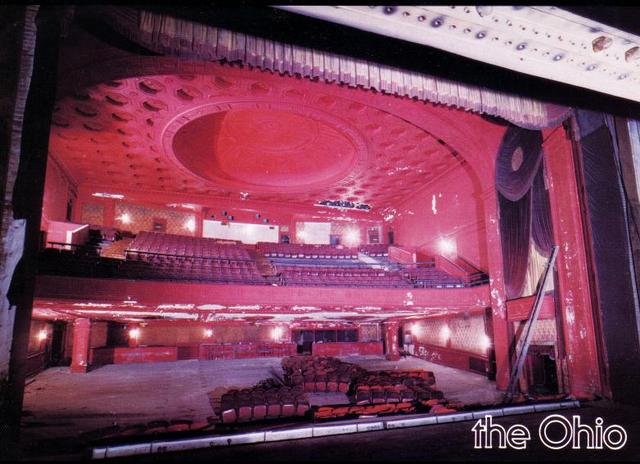 Auditorium, about 1972. Heavy damage to the plaster on the underside of the balcony due to vandals setting off the fire standpipes while the theatre was sitting abandoned. Damage to the high ceiling is due to roof leaks. Loew’s sprayed everything red during the cleanup following a fire in the lobby in the early 1960s. The lobby was destroyed but the auditorium had only smoke damage.