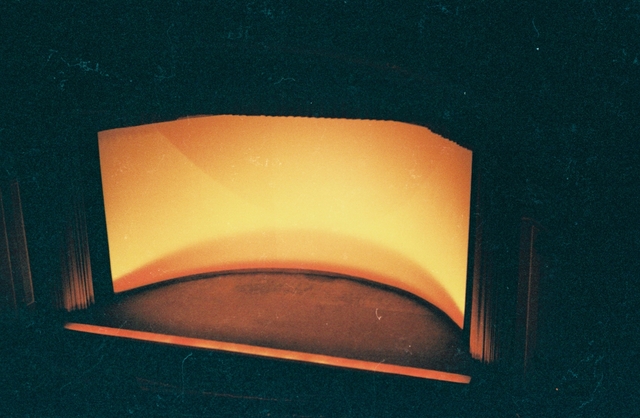 The third opening was the wide screen. This was used for Cinemascope movies and 70mm releases. The Cinemascope movies would have their corners slightly rounded off when they reached the big screen, but they still looked impressive. The 70mm films would completely fill the screen. They looked absolutely breath taking. The image was sharper than Cinemascope, or regular 35mm. The six track stereo sound would fill the theatre with a richness that matched the picture. There were five speakers behind the screen. The center speaker was primary for talk. The far left and right were for music, while the center left and right speakers were for sound effects. In addition, a sixth sound track provided sounds for speakers mounted in the rear of the auditorium behind the last row of seats.