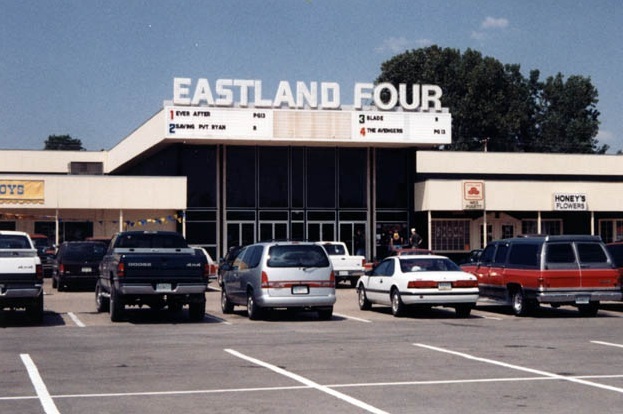 Looking at the building from its southern-facing facade in the late 90’s. Features include “Ever After”, “Saving Private Ryan”, “Blade”, and “The Avengers”. Here you can also clearly see the large glass windows that composed the facade of the Theater. At one point, blue neon outlined the letters in “Eastland Four” and each letter was lit with several glass bulbs behind a plastic shielding.