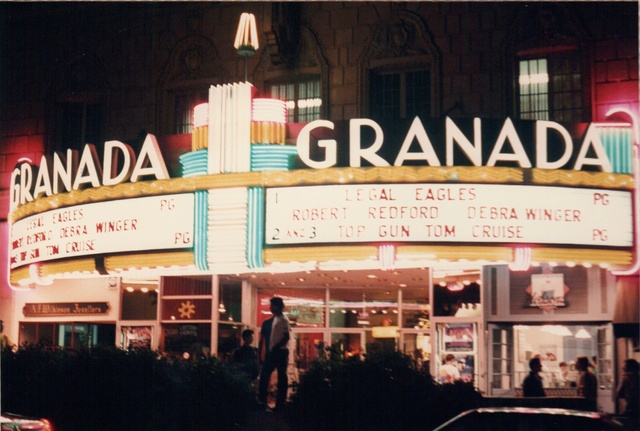 This image was taken June, 1986. It shows how, at the time, the marquee was in nearly perfect working order, and how similar in design it was to that which Warner Bros. also installed on the Warner (Pacific), Hollywood, at about the same time. It should be noted that the vertical of the Granada (the bottom tip is visible in this photo) formerly read “Warner Bros.”, which could also alternate with the flashing word “Preview” in neon.