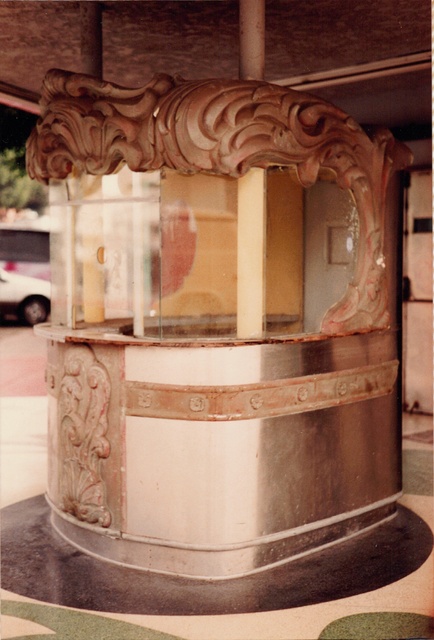 Taken October, 1989. When I first saw the Vogue in 1981, the sculpted details of the box office–which are a sort of muddy brown in this image–were shiny, fire engine red. In 1981, the Vogue was running Spanish language film.