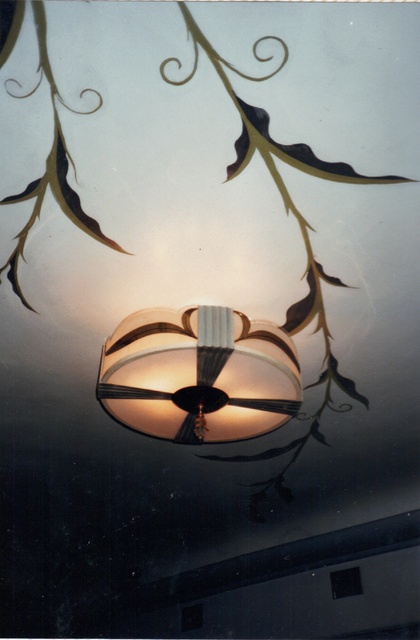 These interior photos were taken May, 1990. This is a portion of the lobby ceiling, which had been painted light blue at a later time, but carefully preserving the floral pattern. There were two chandeliers like this one. In 1994, I revisited the Crest, which was still being used as a gymnasium, and the painted patterns on this ceiling were still there, as were the auditorium murals, but the two lobby chandeliers had been taken down, stored in the projection booth, and replaced by ceiling fans.