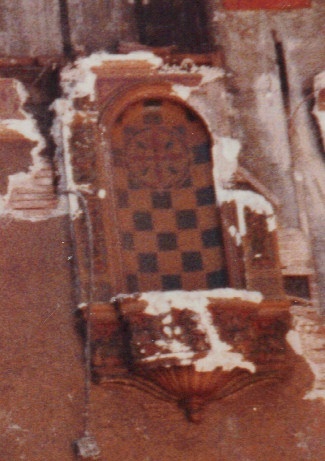 One of at least two niches which topped the auditorium wall. One of the other niches, which had been almost completely destroyed, revealed that the false balcony beneath it and the one shown here contained metal troughs for cove lighting. On these upper reaches of the walls, all the original paint finishes from the c. 1923 remodeling were preserved.