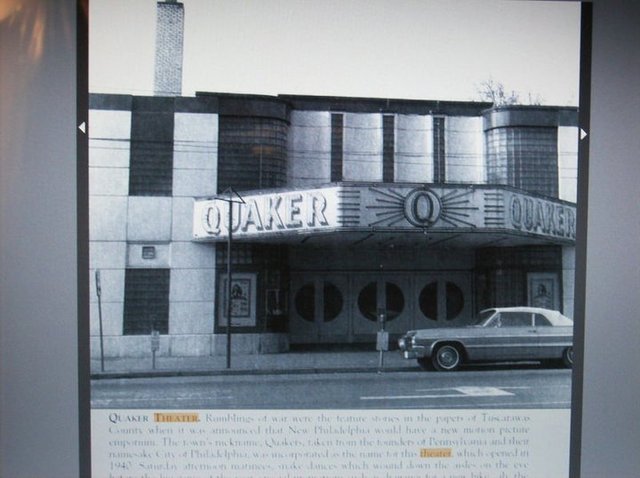 Here’s a very early photo of the Quaker. She had been a single screen theater holding just under 1,000 people. I believe the Quaker was owned by Pittsburgh Cinemas which owned the Quaker, Shea Cinema (3 screens at the old Nichols Discount City also in New Phila) and the Bexley Theater in Dover