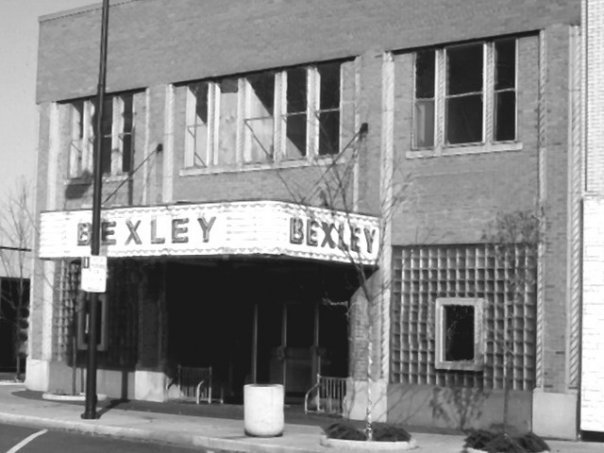 This is the Bexley Theater (circa 1982) after it closed for the final time. It had been owned by a company (Pittsburgh Cinemas?) that owned the other theaters in the area (Quaker & Shea Cinemas in New Phila). When the owners sold it, they put terms in the contract that the Bexley could NEVER show movies newer than 10 years old again. After the sale of the Bexley (in about ‘77), the new owner (a Dover lawyer) let it sit empty until rented by a former police officer from Lodi, Ohio (who had also run the Idol theater in that town). Bob Flickenger was his name. And with his wife Sue, and friend Don, re-opened the theater in 1980. They hired some high school kids to rebuild old seats and fix the place up (Dan Slentz - myself, Tim Zurcher, and Nancy & Brenda Flickenger - no relation to Bob & Sue). So the Bexley re-opened and immediately started outbidding Pittsurgh Cinemas for some first runs (including Apocolypse Now), which resulted in immediate law suits. The Bexley remained open for about a year before shutting down overnight and going to auction. It was sold in about 1982 and was gutted to become a heating and air conditioning store (while the auditorium was leveled, a garage door added, and a “second floor” for storage added to store duct work and furnaces). There are more recent interior pics of the Bexley here.