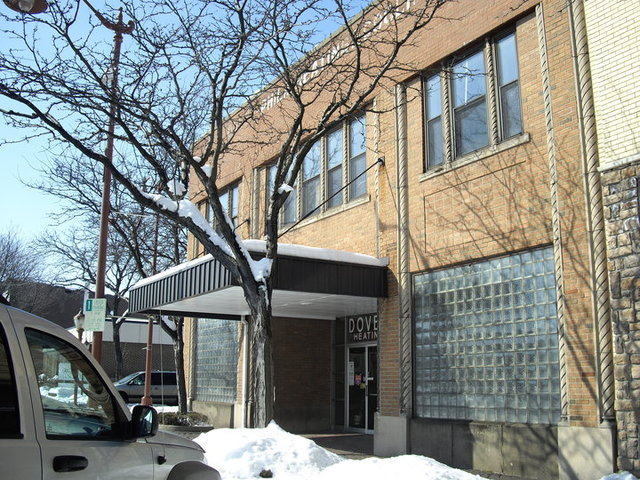 Here is the Bexley Theater (Now Dover-Phila Heating & Cooling) in 2010.

The lobby still is similar with a counter and desks. It still “ramps up” from the front doors.

The mens and womens restrooms (to each side of the front of the building) have been turned into offices.

The auditorium was leveled, stage removed (though upper stage area still visible), garage door added, and a “partial second floor” for storage (made of barn lumber) added in the auditorium for storage of HVAC equipment and duct work metal.

A door was cut into the former projection booth from the auditorium “second floor”, and the rest of the upstairs area is unfinished.

The very narrow stairwell to the basement is still usable but “ghost-like”, and the storage areas downstairs have junk in them. The original two coal furnaces are still there but unused (one had been converted to gas a long time ago).