The Illustrated Man (restricted showing for adults only) 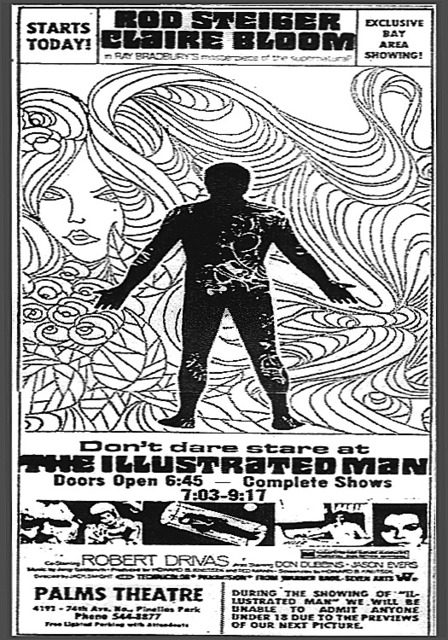 From the St. Petersburg Times dated April 4, 1969. This film was rated M at the time (suggested for mature audiences) which is today’s equivalent of PG. However, the Palms Theatre refused to admit anyone under 18 due to previews of their next attraction…note bottom right of ad. The next attraction was Russ Meyer’s “Vixen.” Unusual policy for a theatre to restrict admission to adults only simply due to previews.