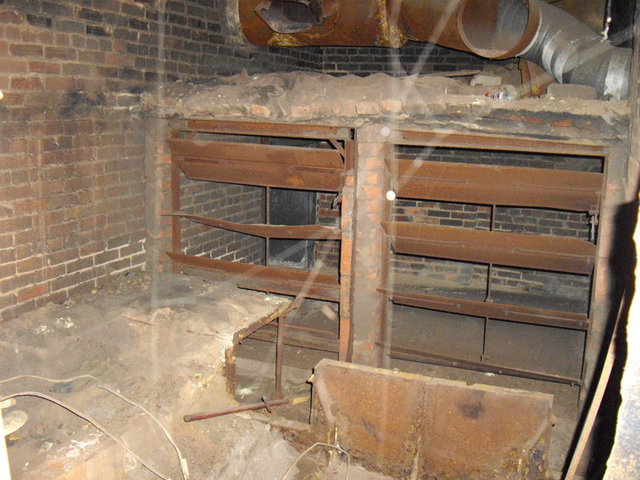 This is all that remains of the old furnace in the basement. There were two very large furnaces and a “coal door/shoot” on the Walnut street side of the building. One furnace had been converted to gas (by the time I worked there in ‘80 & '81) while the other was still coal (though we never used coal but instead put trash in there.. which, by the way, wax and popcorn oil covered popcorn tubs and soda cups burn VERY well). :)