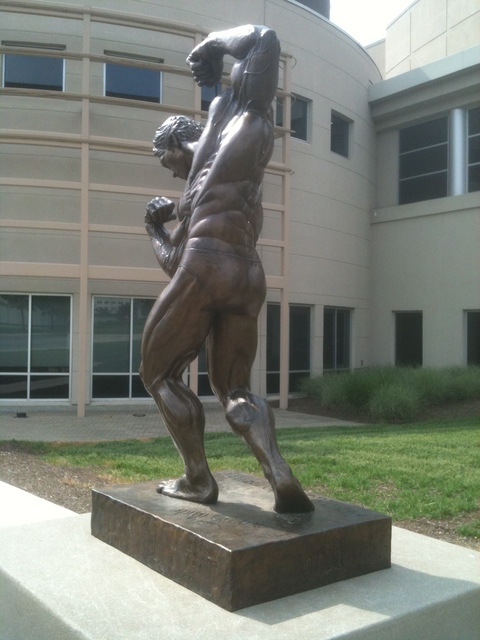 A statue of the actor–bodybuilder, and former governor of California, Arnold Schwarzenegger; honored with this sculpture that recognizes his contributions to the economy of Columbus, Ohio through his annual ArnoldFest sports competition. He starred in the movie that opened at this theater on July 3, 1985, according to the “Columbus Dispatch,”