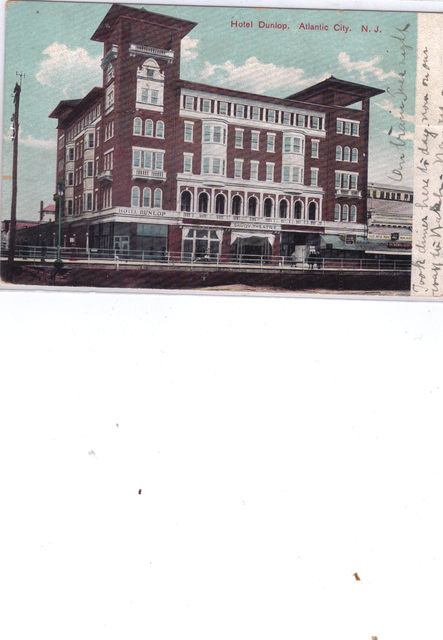 Robert Dunlop circa 1900 was the original owner of the Hotel Dunlop (under the name Hotel Dunlop) prior it was called the Waldorf Astoria. The Dunlop later became the Hotel Belmont and the downstairs shops and theater entrance became Woolworths, destroyed by fire in recent years. All that is left are some bricks.