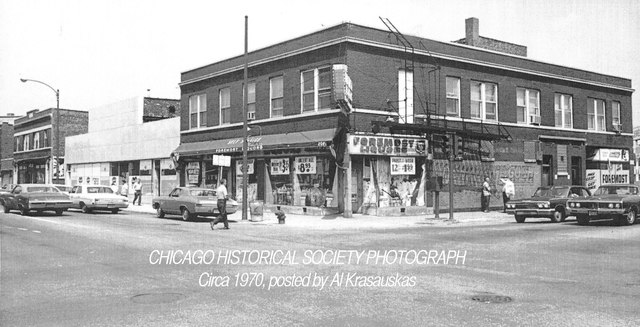 This photo is a view of west 35th street at south Damen Avenue. Corner building was a Foremost Liquor store then. Building standing next to it (west) is the front facade of the old Archer Theatre located at 2008 W. 35th Street, a McKinley Park (some say Bridgeport) neighborhood theater that opened in 1910. The Archer Theatre was one of the many theaters of the South Side’s Schoenstadt circuit. The Archer Theatre closed in 1950. Photo is from the Chicago Historical Society archives. Circa 1970.