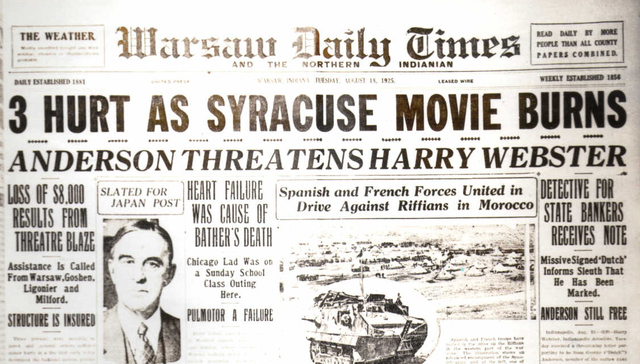 see the waymarking site for a phot0 that you can enlarge enough to make out the date on the paper. Its August 16, 1925. Pretty much proof the theater was in existence before 1930’s and with the other photo’s its real hard to argue it was not around before the 1930’s