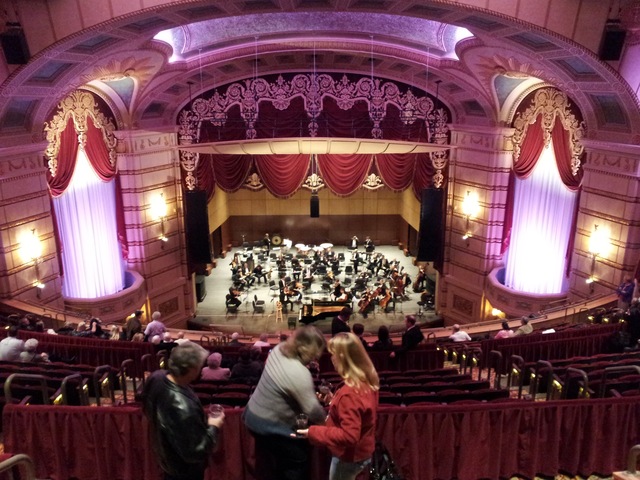 The Paramount Theatre held her first “unofficial” concert on October 27, 2012 as part of the shakedown of systems and acoustics. The official grand opening gala is on November 3, 2012 with Harry Connick, Jr. and members of Orchestra Iowa.