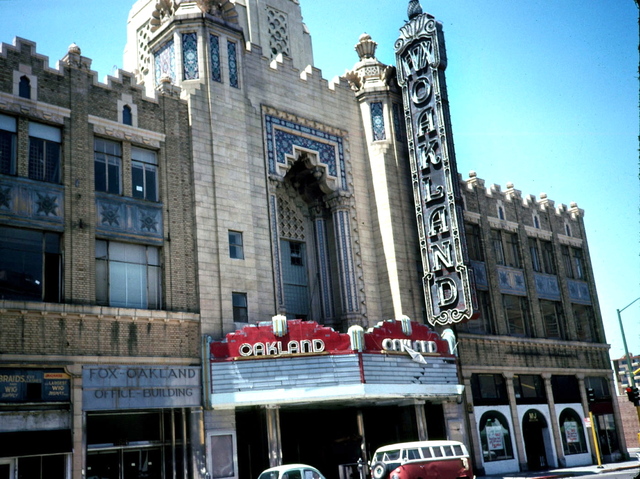 Actually, this photo had to have been taken in about 1982, as the crumpled white banner which shows up in my 1982 photos (next in the sequence) is still hanging over the word OAKLAND on the central part of the marquee. Also, the red portions of the marquee still show weathering, and the square plugs covering holes from the removal of neon. Also the bottom border of the marquee is white, the result of a chain-wide removal of bottom border neon that Fox West Coast did in the 60s to save on the maintenance of neon broken by falling marquee letters. The red was repainted in a darker shade (and the same shade applied to the white border at the bottom) in Summer, 1987, when the street was used for shooting a scene in “Tucker, the Man and His Dream,” so this would have to date before that.