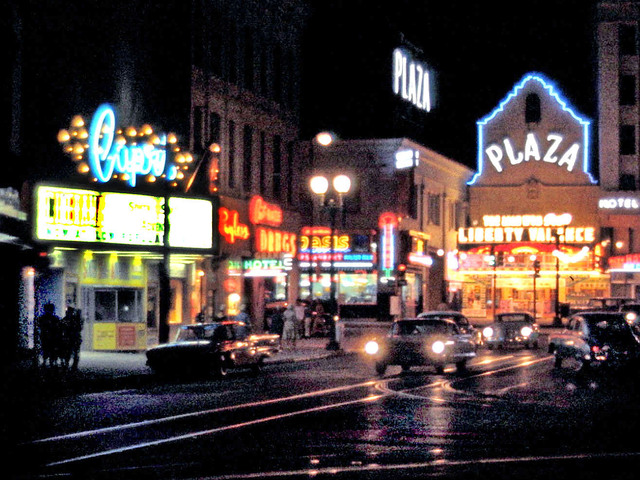 The main focal point of my grainy night shot is of course the Plaza but the Capri can be seen at left in this 1962 photo. The Capri must have been running the Cinerama travelogs at the time this photo was taken. Cinerama came late to El Paso, playing the Capri starting in November of 1961. The series of travelogs played until May 1962 and then the theatre went back to conventional 35mm films (with a new flat screen placed in front of the curved Cinerama screen) until the first non-travelog Cinerama film “The Wonderful World of Brothers Grimm” was ready for release in November 1962.