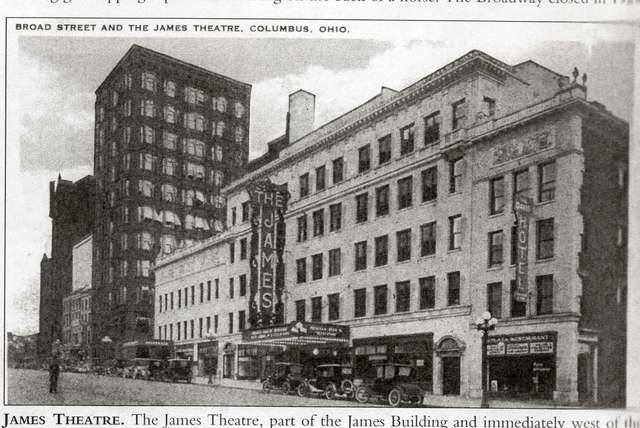 Source: Richard E. Barrett “The James Theatre, part of the James Building and immediately west of the Broadway Theater, was opened in 1921. It was Columbus’s first elaborate movie palace and could seat 3,000 persons. The sign in front contained 3,000 flashing bulbs. In 1927 it was acquired by Loew’s & United Artists and renamed the Loew’s Broad Theater. It was closed in 1961 and razed to make space for the Huntington Trust Building.”