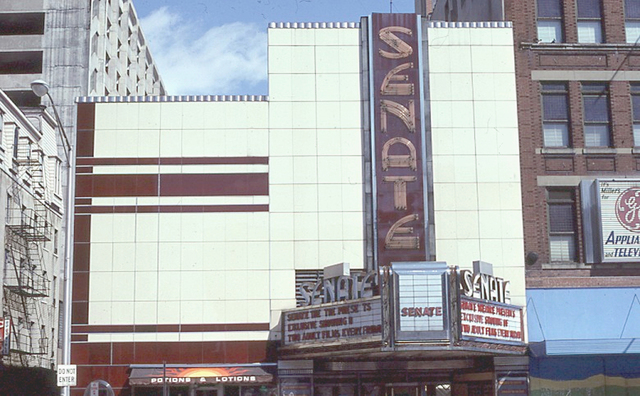 Beautiful downtown theater on the square in Harrisburg, Pennsylvania. In its prime it presented the first-run screenings of Universal International (UI), RKO, and 20th Century-Fox. Also the re-issues and first-runs of the Disney animated features. Photo by Ross Care.