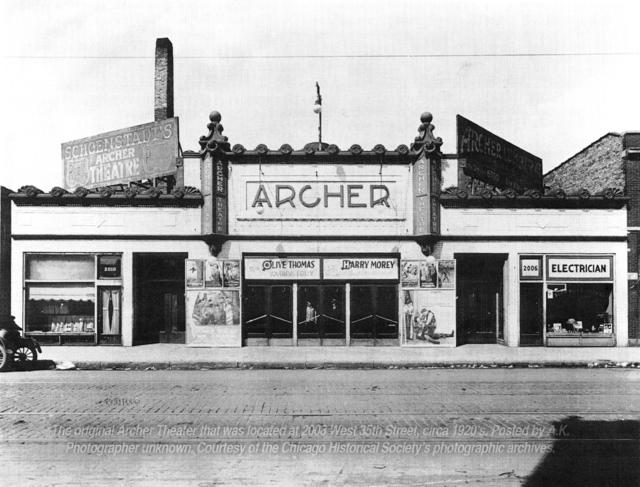 The original Archer Theater that operated out of the building who’s addresses were 2006-2008-2010 West 35th Street. This McKinley Park neighborhood theater opened in 1910, located on 35th Street, between the intersections of Archer Avenue and Damen Avenue. The Archer Theatre closed in 1950. This photograph shows the theater’s entrance way before the lighted outdoor marque was added to the front facade. Photographer unknown. Circa 1920’s. Courtesy of the Chicago Historical Society’s photographic archives.