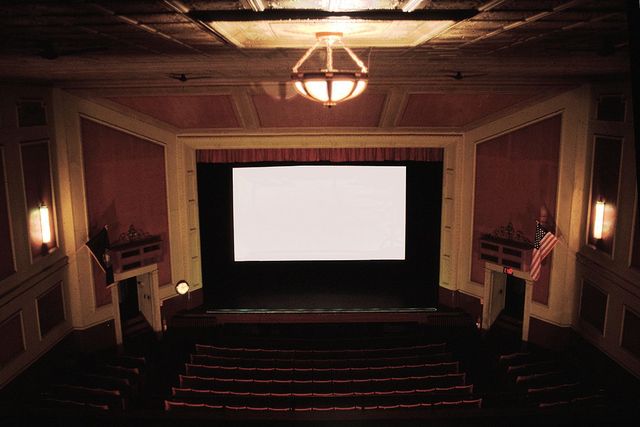 A view from the balcony of the IOKA’s stage and screen. Photo likely taken in the late 1990s or early 2000s - the seats, screen and soft goods have all since been removed and sold. Theater remains stripped as of April 2013.