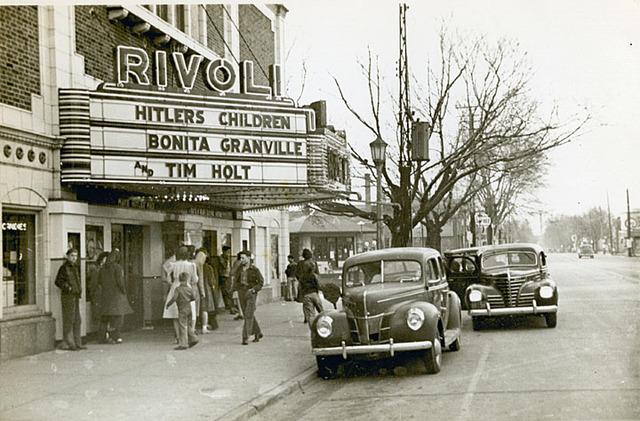 The Rivoli Theater at 1816-20 Washington Street in Two Rivers, Wisconsin announces that the film “Hitlers Children” starring Bonita Granville and Tim Holt is playing. Barely visible above the theater doors is “Make Hitler Mad. Buy a War Bond Here.” Trees with early spring foliage line the street. The anti-Nazi “Hitler’s Children” was released in January, 1943 and played in both Two Rivers and Manitowoc that spring. This photograph was previously published in the Spring 2004 issue of the “Two Rivers Historical Society Quarterly Newsletter” under the title “World War II at Rivoli.”