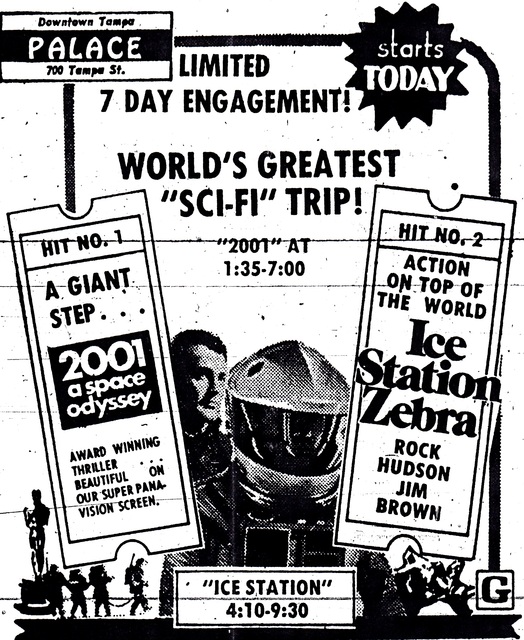 Legend has it that M-G-M was initially not very impresssed with the box-office returns for “2001” and although the film was doing good business they abruptly withdrew it from several Cinerama venues and replaced it with “Ice Station Zebra.” Two years later both films were re-released as a double-feature program.