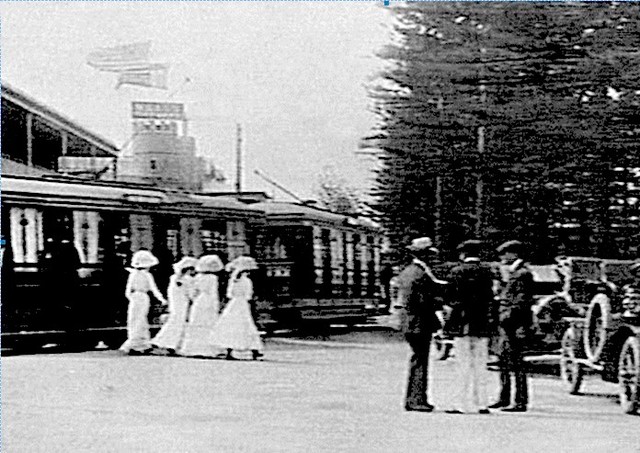 Below the flags is West’s Castle on North Steyne. The photo was taken in either 1911 or 1912. The entire corner block including the Hotel Steyne was advertised For Sale in January 1912, suggesting the theatre had closed.Later that year the Arcadia was built on the site becoming Manly’s first hardtop theatre.