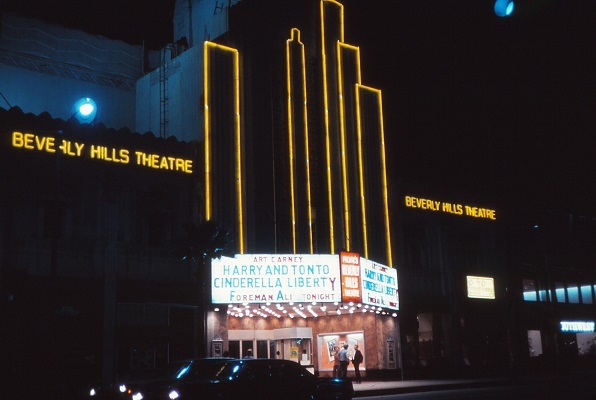 During the mid-1970s when I lived nearby, the “Beverly Hills Theatre”, as it was then known, played second-run single and double features. Walking into that palace on the spur of the moment to catch a good flick or two was a privilege I miss to this day.

The Foreman-Ali fight advertised on the marquee was one of the earlier instances of a live event being broadcast in movie theaters.

The Foreman-Ali fight was later run as a supporting feature on a few films in late 1974 (in New York, it was run with The Savage is Loose).