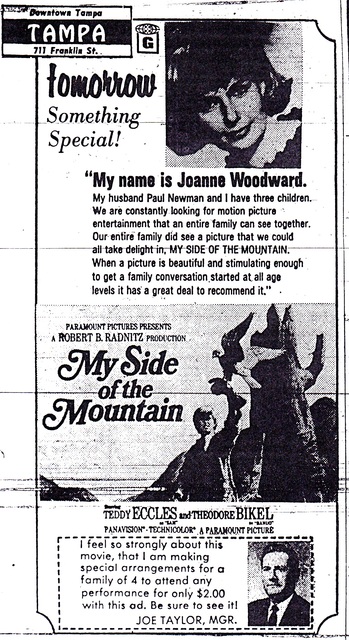 Following the showings of several mainstream X-rated films such as “The Killing of Sister George” and “Midnight Cowboy” the manager of Tampa Theatre received phone calls and letters complaining about the showing of adult-themed films at the Tampa, and the lack of family oriented fare. To counter these complaints management booked the Woodward/Newman recommended “My Side Of The Mountain” and offered a special family discout. But alas, the film only did fair to moderate box office. Ad from the Tampa Tribune dated June 11, 1969.