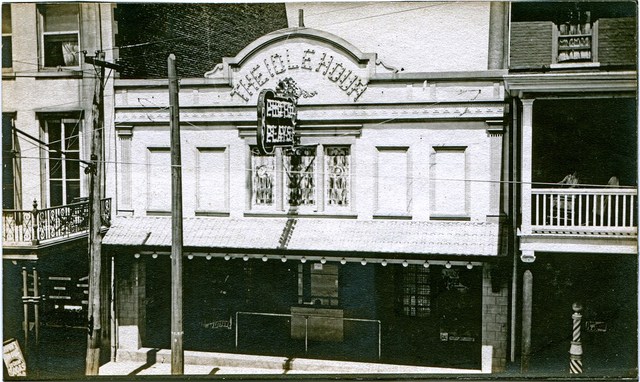 This photo of the Idle Hour bears a striking resemblance to what would later be called the Garden, which was later called the Harrison. See theaters in West Chester, PA, the Harrison, to see the still extant facade as of 2007. The semi-circle facade curve above the “Idle Hour” lettering still exists on the old Harrison facade. The Rialto seems to have been another theater (next door?) altogether.

jordanlage is correct. The above photo is not the Rialto. The Idle Hour (above) later became the “Garden”, and closed out its days as the “Harrison”. The Rialto was a few to the left of the Idle Hour in the photo.