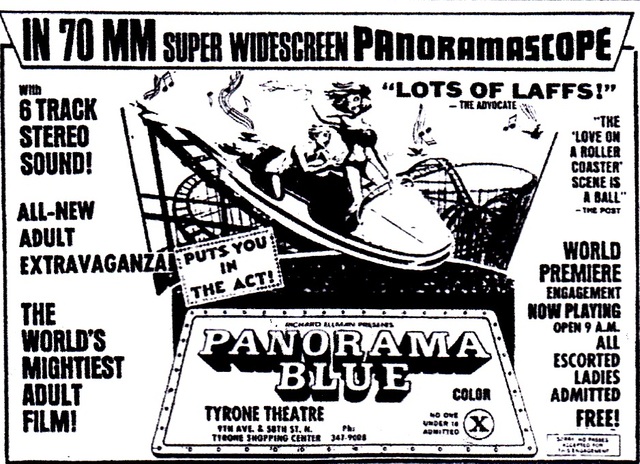 An X-rated adult film in 70MM and 6-track stereo??? The film may have been shot on 70mm stock but release prints were probably 35mm w/stereophonic sound. After all, very few X-rated theatres would have been equipped to show 70mm. The film opens on April 17, 1974 and runs for one month. For those interested in watching the trailer it’s available on YouTube. Ad from the St. Petersburg Times.