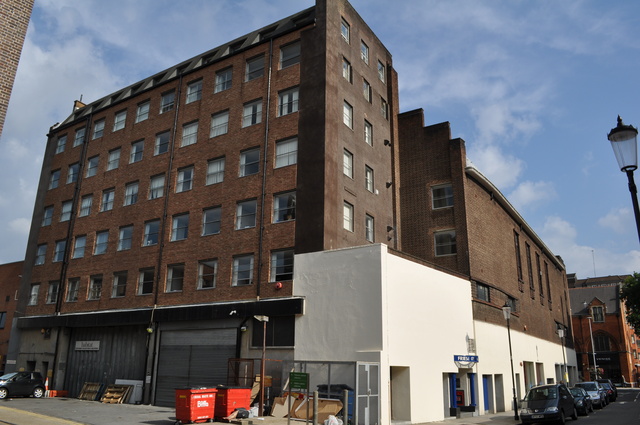 The original stage house, converted into flats known as Frieze Greene Court, with its entrance through the former stage door. Photographed in August 2013.

All parts of the building seen in this photograph were demolished in March 2019. Only the facade on Kings Road was retained to be the front entrance to a new build of flats on the site.