Adding two to the Tri-plex 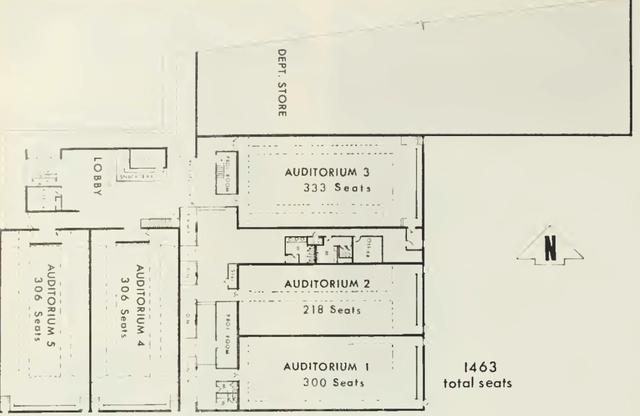 The Eastgate goes from a three-plex to a five-plex in 1979.After opening as a twin screen in 1972, Dickinson added a third screen when it took over the theater in 1974. This 1979 floor plan shows the additional two screens of 306 auditoriums — Joplin’s first with Dolby stereo. Dickinson had closed the Lux after being its portfolio from 1952 to 1972 to open the Northpark I & II the same year and had the Glen since 1949.