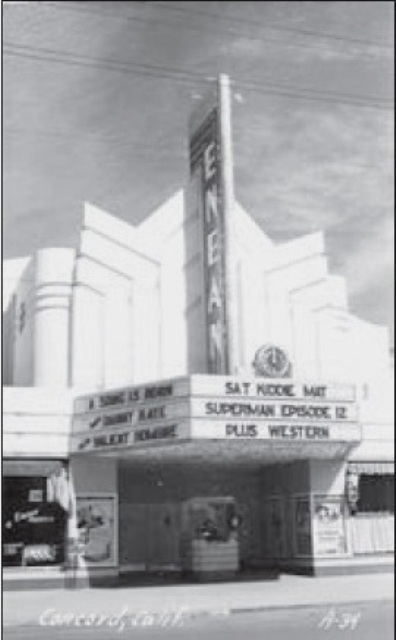 On September 8, l938, the Enea brothers Salvadore and brother Sylvester J. Enea of Pittsburg opened The Enean Theatre on the Todos Santos Plaza. It Had air conditioning and had kid shows every Saturday at ll:00 a.m. Admission was 40 cents adults, 35 cents for seniors and 10 cents for children.

Note: The Enea Brothers also operated the Palace and the California theaters as well as the Concord Inn a restaurant and motel on Concord Ave., today called the Crown Plaza.