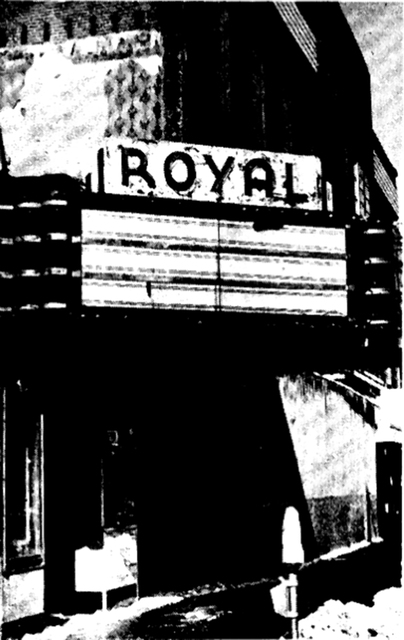 Opened May 2, 1907 as the Mystic Theater. A 1914 remodeling took place and just four years later, the operator of the original Royal Theater at 237 S. Main bought the Mystic and renamed it, The New Royal with its Wurlitzer pipe organ. In 1930, the film geared up for sound as The Royal showing Animal Crackers with ushers in tuxedoes during this era. Stueve-Wilson operated the theater from 1932 through 1970 converting the theatre to Cinemascope at the open of the 1950s. Wilson closed the Royal in May of 1970 and though the Armstrong Circuit bought rights to the theater, it didn’t re-open. Wilson was on hand for the marquee removal and demolition of the theatre on March 27, 1974.