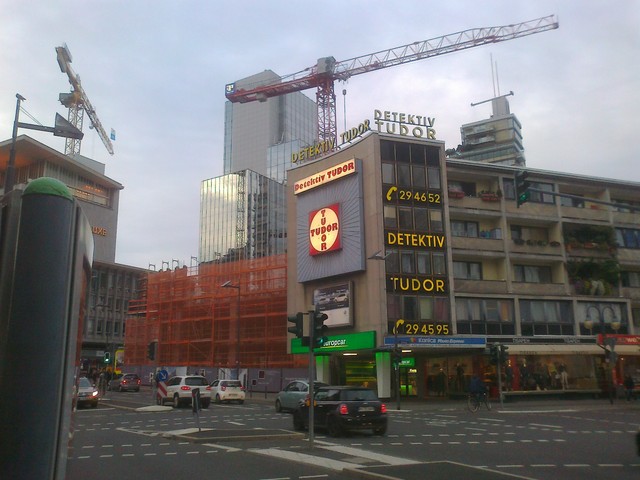 The Turmpalast Cinema was demolished in January 2013, and is currently being replaced by an office development, completing Summer 2014. It’s current state shown in the photograph as of September 2013.

This was detailed in the local press - fr-online.de and a German Architecture forum deutsches-architektur-forum.de

One positive, at least the Detektiv Tudor building, and it’s distinctive neon signage has been retained.