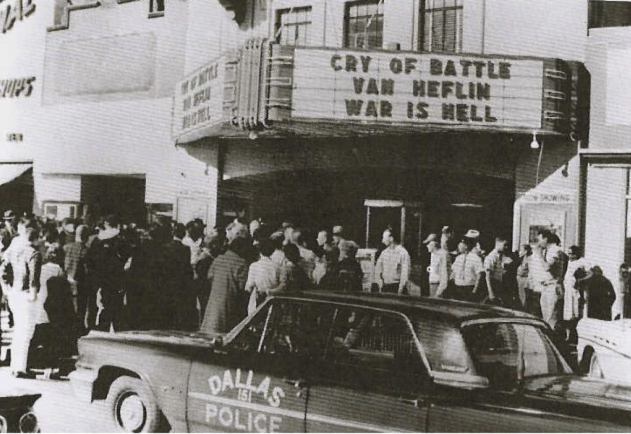 Possibly the most famous of the pictures of the Texas Theater was this snapshot taken just after the apprehension of Lee Harvey Oswald who had sneaked into the Texas Theatre and arrested at 1:51p on November 22, 1963 charged with the assassination of President John F. Kennedy. Picture became part of the Warren Commission file, Exhibit C.