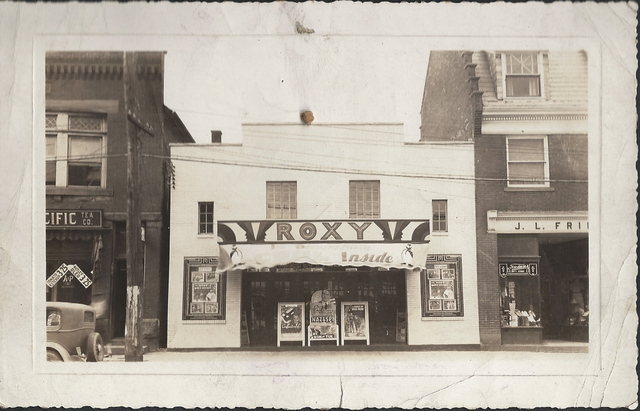 My grandparents, Edgar and Twila Shaffer, had the Roxy built in 1939, when they moved from Vandergrift, PA., to Slippery Rock. Grandpa had been in the theater business and saw an opportunity in Slippery Rock. They owned the theater until 1966, when they retired and sold it. Several years later it burned. It is believed to have been caused by a smoldering cigarette, which would not have been allowed in Grandpa’s day. He marched up and down the aisles throughout the movies. I was very happy to return to Slippery Rock and see a lovely little park there. It is a nice tribute to the Roxy !