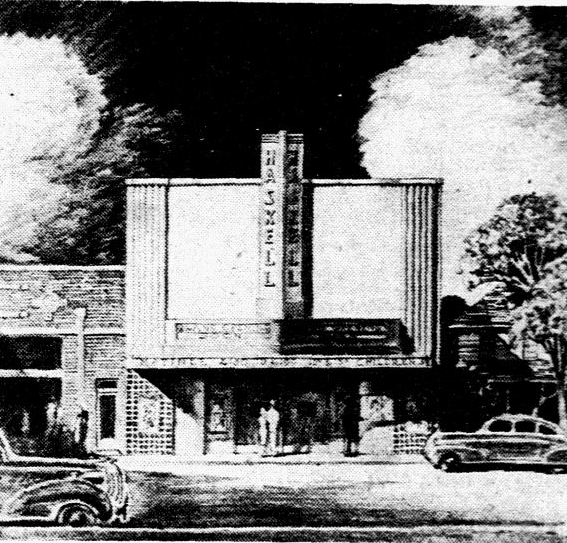 After a 1939 fire left the original 1921 J.F. Woerner & Co. architected structure in bad shape, this 1939 artist’s rendering by Pettrigrew and Worley became the new Haskell. The semi-fireproof designed theater burned badly in 1951. It was salvaged and redesigned as two business before burning down about three years later. Next on the property as a 7-unit apartment building that was ravaged by fire.