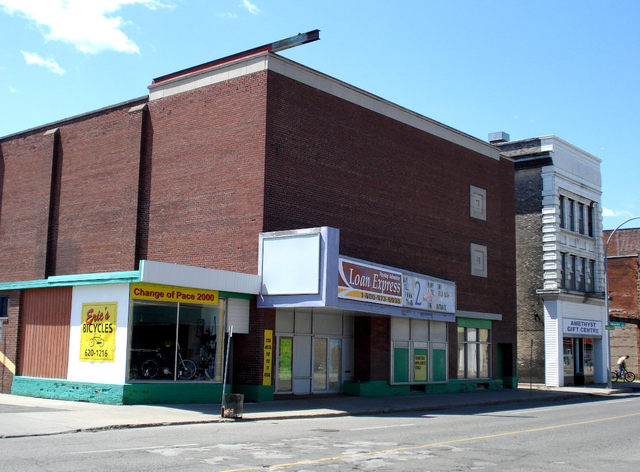 The Odeon was one of the final five theatres of Fort William/Port Arthur, now Thunder Bay before the Famous Players Silver City opened about 1999, dooming them all. This one operated until that time as one of the main theatres in the downtown south core(Fort William) and played all the latest movies of the day.

It currently houses a pawn shop in auditorium 1, while auditorium 2, the large one with the balcony as well as the lobby is apparently vacant.

One final note - The white front building to the right of the old Odeon is 400 Victoria Avenue. It is presently the Amethyst Gift Centre but during the Odeon`s heyday it was the Embassy Grill.