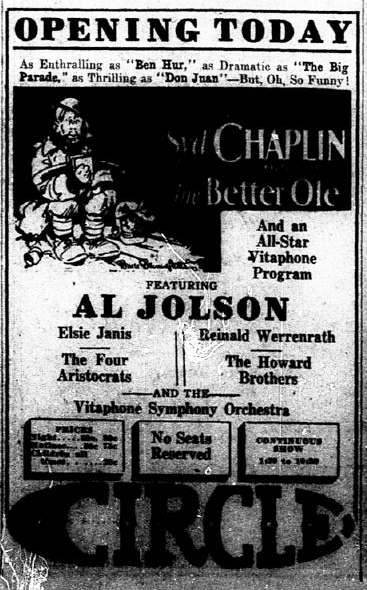 E.H. Husley rolled the dice on his year old Circle Theatre and installed a Vitaphone sound system so the legitimate stage could show talking pictures when stage shows weren’t available. The second picture after Don Juan was “The Better Olé”. Hulsey sold the theater to Raleigh Dent who would make a fateful decision to remove the $25,000 Vitaphone system. The Arcadia was the next home of the Vitaphone in Dallas which premiered “The Jazz Singer” with Al Jolson. And the Circle watched every theater on theater row downtown convert to talkies. In 1943, the newly renamed Joy Theatre would finally bring sound film to the location.