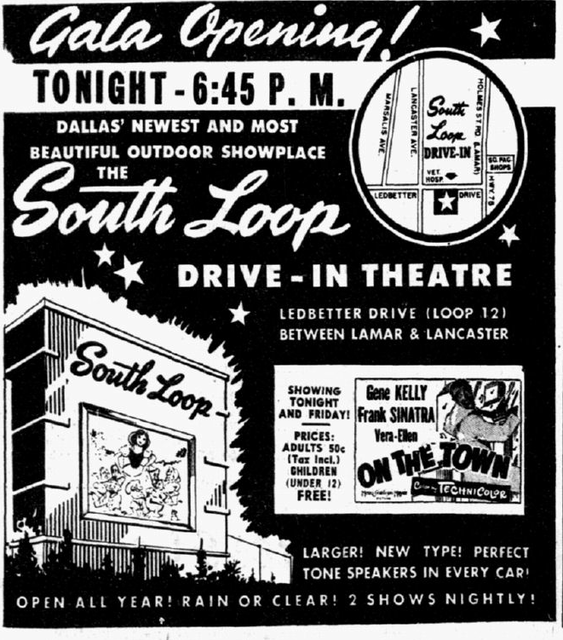 The South Loop Drive-In was a $150,000 drive-in constructed by C.H. Brooks that opened March 30, 1950 with “On the Town” as seen in this grand opening ad. The original screen tower of the South Loop Drive-In with its Snow White mural. The 675-car capable drive-in became part of the Adelman Theatre Circuit. And, yes, according to all reports, special permission was obtained to use the Snow White mural on the South Loop’s tower. Each Saturday, the theater presented a “freeview” which to most theaters was called the “second feature.”