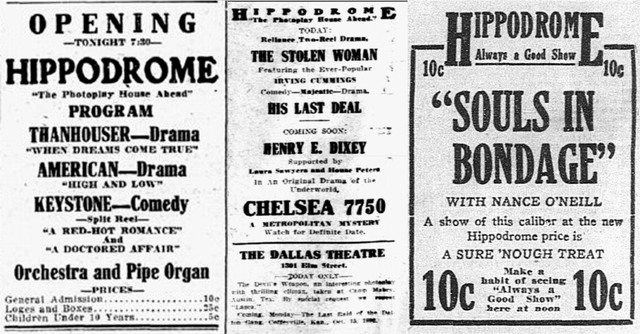 Opening as the Hippodrome in 1913, the theater became the place to see movies early on. It branded itself as the quality house where good pictures would play. That would change as the theater changed policy in 1916 and would try a combination of films and live acts throughout the 1920s and into the early 1930s.