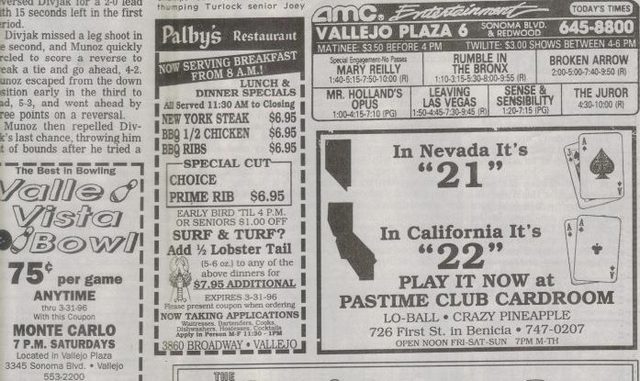 A 1995 newspaper clipping for Vallejo Plaza 6, located at the old Larwin Plaza outside shopping mall. Later became Vallejo Plaza, the Valle Vista bowling alley was next to the theatre back then.

I May have been the last to see the Larwin Theater, as I was also probably the first person to use it in ‘65.

My dad and I visited our great old house at 2548 Heywood, and swung by the Larwin. It was a single screen then (in 1992) although they also had another screen that I didn’t see from the front window, which was closed/gated.

I took some woeful looking pictures of it, and called it a day. Simi is still fairy-tale like pretty.