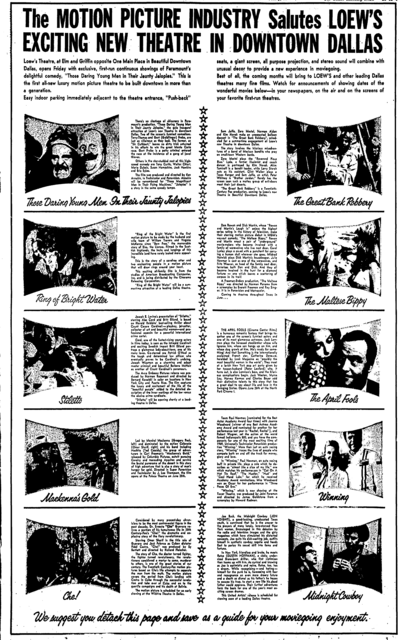 Full page ad as the motion picture industry “saluted” the opening of the first downtown theater in more than 30 years. I think many in the industry were probably wondering, “Why would anyone want to open a theater in downtown Dallas heading into the 1970s?” Loew’s, itself, would bail on the theater less than ten years into the concept.