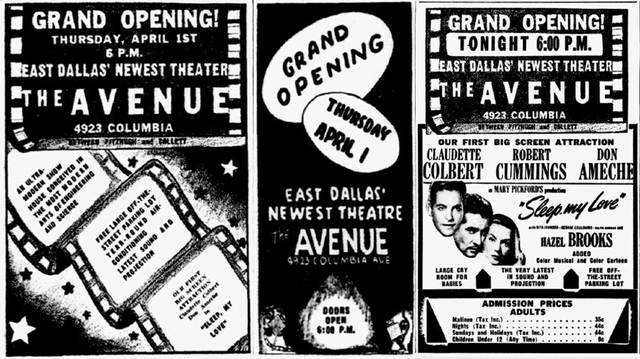 The Isley Circuit shuttered its Rita location in March of 1948 to open at a neighboring lot with its new Avenue Theater. The successful neighborhood theater ran 20 years opening April 1, 1948 with, “Sleep My Love.” Isley would rebrand the theater as an art house, The Guild, in 1968. When that failed, Isley dropped the theater within a year and it would become a notorious adult theater.